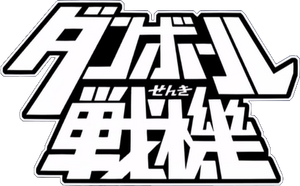 Danball Senki (ダンボール戦機, Danbōru Senki lit. "Cardboard Battle Chronicles") is a 2011 Japanese anime series produced by Level-5 under the direction of Naohito Takahashi. The series has been based on the plastic-model-building role-playing game.

The series has been aired on TV Tokyo since March 2, 2011. Dentsu Entertainment USA has also confirmed that they have licensed the Little Battlers eXperience (Danball Senki) anime in the U.S, though there's no word on a set airdate.

The manga has been based from the game and anime series. It is currently written by Hideaki Fujii and has been published Shogakukan in the popular monthly magazine CoroCoro Comic from February 2011 until January 2012. There is also a second version also named Danball Senki W. It is released from February 2012 and is currently ongoing. The manga counts 3 volumes.

A Nintendo 3DS remake version of the first game with even more original content than the BOOST version. It features the debut of the W team protagonists (Hiro, Ban and Ran), their LBX models, and the masquerade version of the Yamano family.

A Nintendo 3DS remake version of the second game with the Mizel chapter pre-downloaded. It features the debut of the Wars team protagonists (Arata Sena, Hikaru Hoshihara, Haruki Izumo), and their LBX models.

Retrieved from "https://danball-senki.fandom.com/wiki/Danball_Senki_Series?oldid=51480"
Community content is available under CC-BY-SA unless otherwise noted.