Ezeldarm (エゼルダーム, Ezerudammu) is the new virtual country of the Second World in Danball Senki Wars. In reality, the country is the enemy, Bandit itself. It is later revealed that it is the extension of the terrorist group known as World Saber.

The primary color of this school uniform in this country is black.

Several students from different classes were selected to be the country's military defense, including Kyouji Itan. In reality, the selected members were none other than the Bandit players.

With Seredy Kreisler leading this class, the student of this class were transferred from their previous countries. 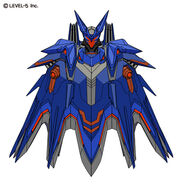 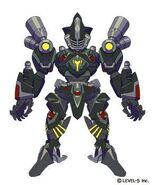 Caliper
Add a photo to this gallery
Retrieved from "https://danball-senki.fandom.com/wiki/Ezeldarm?oldid=50807"
Community content is available under CC-BY-SA unless otherwise noted.